Founded in 1855, Adam Puchta Winery is the oldest, continuously owned family winery in the United States. Ownership has been in the hands of the Puchta family without interruption for 7 generations since 1855.

It began with a boat ride, a cattle drive, gold mining and a long walk. Adam immigrated to the United States in 1839 with his parents and brothers and sisters. His father, John Henry Puchta, a Bavarian winemaker and butcher, settled his family in the Frene Creek Valley where land was purchased for growing grapes. Adam and Fredrick (his brother) and a group of young men from Hermann drove a head of cattle from Hermann to California to participate in the gold rush. After selling the cattle to miners, Adam stayed for two years mining gold, then returned to Hermann via the gold fields of Nicaragua then walking his way through Panama before returning to Hermann. After purchasing land from his father, Adam constructed a stone arched wine cellar and Press House. In 1855, the first vintage of Adam Puchta wines were produced from his father’s vineyards. By the 1870’s, Adam was a well-established winemaker and businessman.

Adam’s son, Henry, joined the business in the 1880s, helping the winery to expand, incorporating Henry as Adam Puchta & Son Wine Co. During the wineries heyday their wine was marketed in small kegs and barrels to taverns throughout central and eastern Missouri along the Missouri river as well as filling the local’s glasses and earthen jugs. Most family farm wineries did not bottle or label their products. Henry and his son, Everett, continued wine production until prohibition closed its doors.

With the advent of prohibition in 1919, the winery closed it’s doors as per orders of the Volsted Act. The Puchta family continued to make it’s allowed, 200 gallons of wine for family consumption and turned their energy into their already successful farming operation. While most of the equipment and vineyards were destroyed due to the Volsted Act, some of the commercial equipment was saved by hiding it under piles of straw and survives today. A small Norton vineyard also survived hidden deeply in the woods. 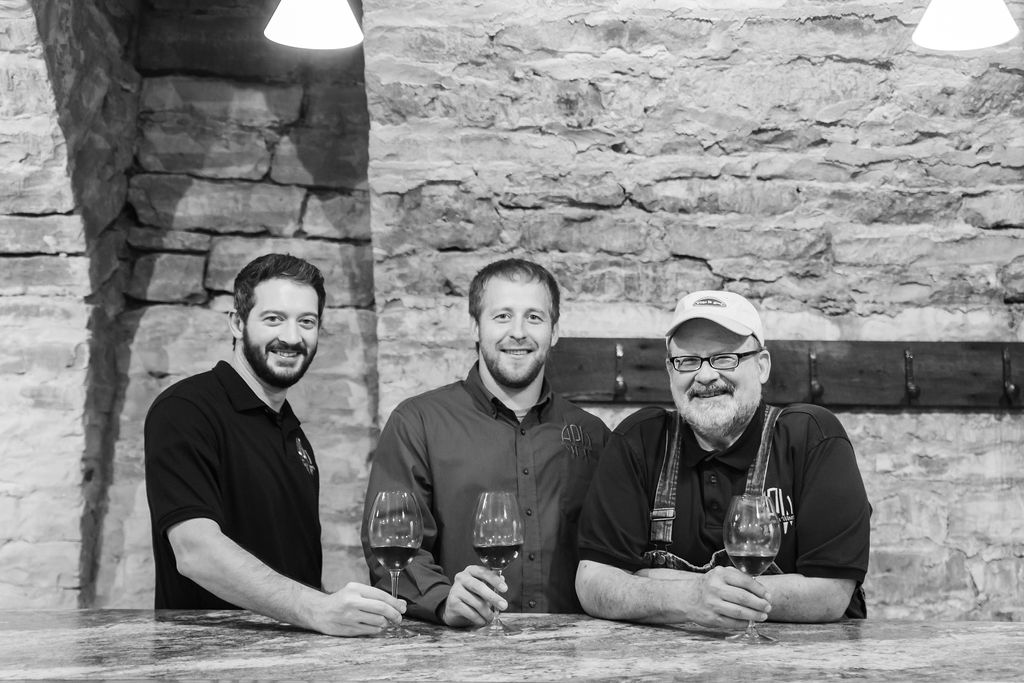 Prohibition was devastating to the economy of the small German community of Hermann, Missouri as there were approximately 60 plus wineries and thousands of acres of wine grapes that supported this river town prior to prohibition. With the repeal of Prohibition in 1933, the Adam Puchta & Son Wine Co. continued to make wine for family and friends but did not re-open for large scale production. The winery lay dormant as a full commercial property until Randy, Henry’s grandson and Randy’s son, Timothy, decided to re-open the winery in 1990. The winery was re-opened as the Adam Puchta & Son Wine Co. Inc., in 1990 with a production volume of 1000 gallons.

During the last 30 years the winery has grown to a production capacity of over 75,000 gallons and has won many state, national and international awards during this time. As the Adam Puchta Winery has continued to grow over the years, the original buildings have been utilized and repurposed for many different uses. The original stone home houses the winery’s main salesroom and tasting area; while the original Press House is used as a weekend tasting area and connects with an open-air covered seating area. The original wine cellar after years of wine production, has become our 1855 Cellar Bistro were we operate a seasonal Bistro as well as being utilized for Wine Trail weekends, catered parties, and exclusive Wine Pairing Dinners.

Tim Puchta, 6th generation, and his son, Parker Puchta, 7th generation, continue to operate the winery on a daily basis, while son, Spencer Puchta, also 7th generation, has ventured out on his own but still takes part in helping out when available. Today we strive to make the highest quality wines following in the footsteps of our Puchta ancestors. While our vineyard is much smaller than in the beginning, our heritage is strong and we continue to carry on the winemaking legacy. We pride ourselves on producing wines from Missouri grown grapes, including the Norton grapes we grow in our own vineyard to produce our award winning Estate Norton. 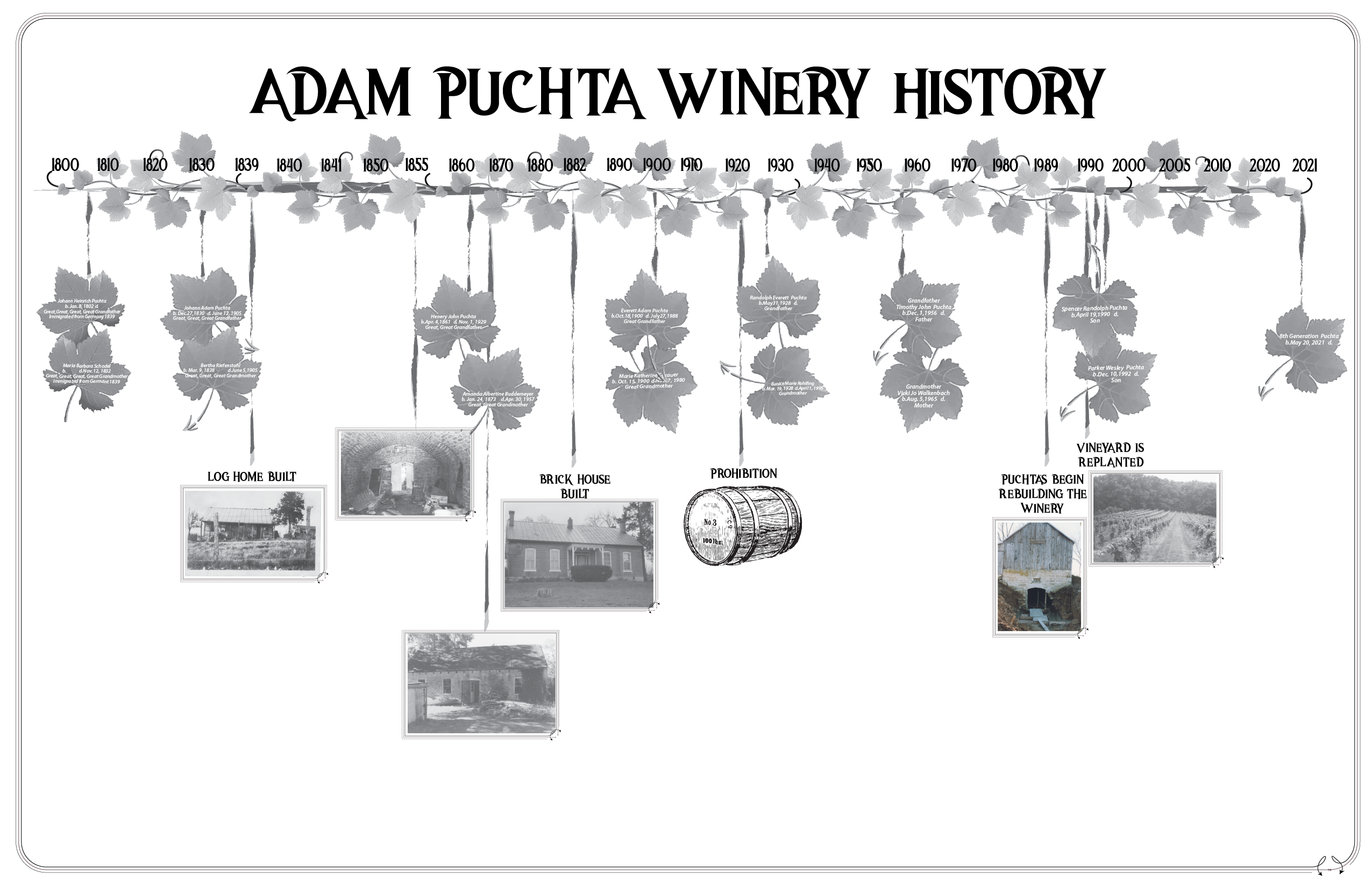